Alexander Richter is an award-winning Technical Director and Look & Software Dev who has started a new series of tutorials that are aimed at teaching scripting skills to artists. Plenty of people who are more visually creative tend shy away from scripting, as it involves an unfamiliar skillset that can include logic, math and expressions. Still, any type of Visual Effects workflow can benefit from automation through scripting.

As the first video in a series, Richter talks about some of the scripting languages and their place within visual effects and 3D. This includes a brief  discussion about Python, PySide, PyQT, and API are and what they actually do. Everything covered can be used in any of your favorite DCC’s that allow for python scripting. Applications like Autodesk Maya, Nuke, Mocha, Fusion, 3ds Max, Modo, Cinema 4D, Mari, SynthEyes, ETC. The list of python supported applications pretty much endless, minus After Effects of course.

I don’t do much scripting at all, yet I look forward to the rest of the series! 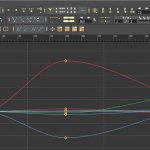 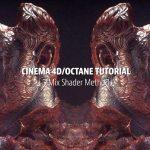 Creating Python Pipeline Tools? Why Not Code With Style

Script Your Own Custom Tool Panel in Maya