Watch 3D Artist Saul Espinosa cover some of the new nodes including triPlanar, that accompanied the latest release of Redshift.

Version 2.5 added things like a Redshift RenderView, and MacOS support. It also added a few new nodes that are welcome within production. These include a Color Layer, Color Correct nodes, but also a TriPlanar node. TriPlanar mapping is a nice addition to Redshift, expanding out shader building within the GPU rendering powerhouse.

TriPlanar mapping is a technique where you can blend multiple textures within world-space. The advantage is that, in many cases, you can forego UV’s, and texture stretching.

Many render engines will have a triplanar mapping system, while others can be hacked together.

Espinosa also walks through the Color Layer node, and the Color Correct node in Redshift Redshift, citing: “You can apply what you learn in this tutorial to other tutorials like the curvature node and create awesome shading networks.”

Saul Espinosa is currently a freelance matte painter and concept artist working in the entertainment industry. Saul has a Patreon where you can help him create more in-depth tutorials. 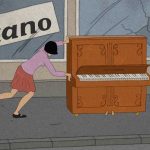 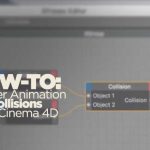 How to Build and Render Volumes With C4D and Redshift

Working With the Redshift Camera Map in C4D

Get Instant Atmosphere With Volume Fog in Redshift

How to Create a Thin Film Effect in Redshift C4D