A New Feature in Fracture FX is a Fragment Designer, Letting You Create Unique Fracture Patterns

Fracture FX 2.1 will be released soon, but in the meantime, you can check out a new feature that will let you better control how your fractures look. It’s called the Fracture Designer. With it, as the name suggests, you can build your fracture patterns by adding widgets to your scene.

A new “edit fragment” button option appears in the Fracture FX break node. Clicking the scene adds a new widget which you can set to either add or take away resolution. Adding a widget to your object lets you control which areas you want to have more or less resolution, using a specified fragment type.

The idea is to have a flexible way to add more detail here, remove some features there, and do it all on the fly, procedurally. 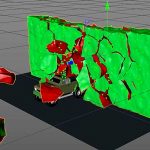 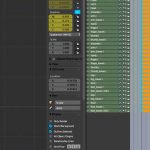