Although, in Side Effects Houdini, it might not work exactly how you would expect. Castaneda walks through one example that uses an image to control various aspects of the particle systems used.

Particles and particle simulation is a widely covered facet of any DCC. Here are a few tutorials for Side Effects Houdini that can help you get started with learning more.

Mix Traning’s Alvaro Castaneda shows how you can create a disintegration effect with any object in Houdini. Alvaro breaks the system down into three components: First showing how you can remove the geometry from the original model when needed. Secondly, breaking up the geometry into parts. Finally, having those parts emit Houdini particles to complete the effect. https://lesterbanks.com/2017/03/disintegrate-geometry-houdini/

Houdini Artist Mark Fancher demonstrates a technique that lets you drive FLIP Fluids and particles using a piece of digital video. The whole system is a procedural driven by motion analysis of video itself. https://lesterbanks.com/2017/08/video-drives-fluid-simulations-houdini/

Particles to Rigid Bodies and Back Again

Tim van Helsdingen and Andrew both show how you can emit particles and then have them work within a bullet physics system. For example, you can turn particles into bullet rigid bodies once meeting a condition. https://lesterbanks.com/2016/08/easily-turn-houdini-particles-to-bullet-rigid-bodies/ 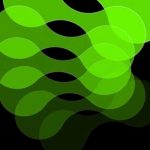 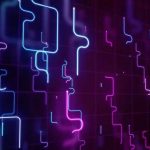