SythEyes 1806 adds some new lens solving features, making it easier to track shots from action cameras and drones. Also included with the update is a new Find Erratic Trackers Tool that can help to locate bad trackers before you even solve a scene, such as the trackers that will commonly arise in aerial and drone shots, due to moving people and vehicles within the frame.

SynthEyes 1806 also has new algorithms and controls for solving larger or longer shots. It’s now feasible to track much longer shots in one piece, Rather than splitting it up into clips.

Highlights of the new version include:

SynthEyes is a standalone app that is both powerful and affordable for tracking camera, object, geometry, and planar tracking, stabilization, and motion capture.

New licenses of SynthEyes Pro cost 499 USD. The cross-platform Pro license runs 599 USD. Floating Pro licenses are 699 USD each; there is a one-time per-site license manager/setup charge of 250 USD for floating licenses. For students and hobbyists, an entry-level Intro version (https://www.ssontech.com/introlim.html) is 299 USD. Purchasing is online or via listed resellers.

A one-year site license for qualifying educational institutions is 495 USD (https://www.ssontech.com/educate.html). Contact the company with particulars for information on volume licenses for student computers. 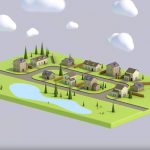 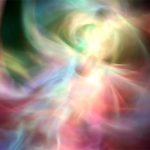 Quick and Dirty Tracking in SynthEyes

An Introduction to Supervised Tracking With SynthEyes