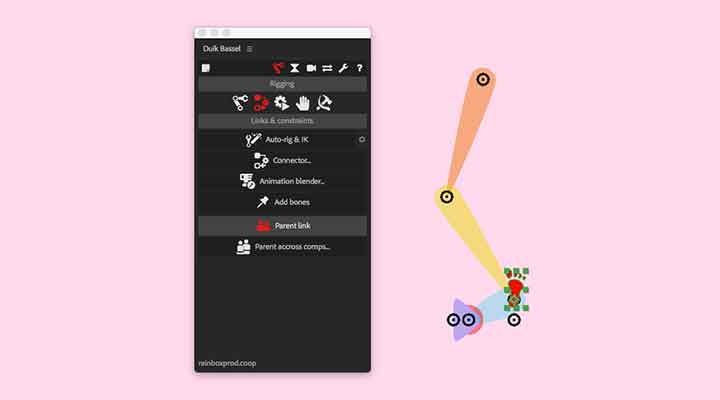 DUIK Bassel Takes Another Step Closer to Real Joints in After Effects.

This latest version of RainBox’s DUIK is a huge deal, it really is.

If you use After Effects, you likely have heard of or even use DUIK. The brainchild of Nicolas Dufresne, RainBox’s DUIK is the defacto addition to Ae for animators and motion graphics artists alike. With the release of DUIK 16, dubbed “Bassel” in honor of Bassel Khartabil Safadi, DUIK adds more standard animation tools and workflows that frankly and embarrassingly should just be part of any commercial animation application.

Structures are a huge deal. A new rigging paradigm comes with the latest DUIK. Called “Structures,” they bring the rigging process closer to actually having native bones or joints in After Effects. If you are a professional animator that uses any other application other than After Effects, you know that the rig and the character are independent of each other. This is how DUIK’s structures now work. Structures lot you drive the rigging of characters independently of the assets themselves. What does that mean? Using DUIK Bassel, you can adjust your puppet without affecting the underlying rig, even after you’ve rigged everything. Needless to say that this new revelation will make it easier to make changes and fixes to assets even after there are animation keyframes. After Effects users, welcome to 2001!

Unfortunately, Structures and IK still use Ae native and internal shape layers and external scripts/expressions as the mechanics. It would be absolutely fantastic to have native joints and solvers in Ae at some point. Native solvers would add a significant speed boost to the whole process.

DUIK Bassle adds a new constraint type to the mix. With the new Parent Link constraint, you can now keyframe and animate parenting over time. You can parent layers from one composition to another, or constrain an Ae layer to a bezier path in the scene or attach one layer to another layer using a weight value that you can keyframe.

Parent Constraints are pretty much industry standard, allowing animators to have characters pick up items and put them back down, or hold on to things in the scene. Parent Constraints also become important when you want to change parts of the rig from local space to another space such as world-space. Think of a character riding a bus and holding on to the strap. It’s handy to have the character’s hand belong to the bus so that you don’t have to key it separately from the bus’s motion.

Another critical feature of DUIK Bassel is the new Connector. With it, you can link any property in After Effects to any other property, a fundamental process for creating keyable interfaces for animators, very similar to $39.95 Joysticks n’ Sliders, only for free. You can use connectors for pose-space deformations, head turns, lip sync and facial expressions, by choosing an icon in the scene or keying a heads-up slider for example.

The latest version adds a new tool called an Animation Blender. If you have ever dreamt of triggering animations with markers, that is the idea behind the feature. Set animations to happen by laying out markers in the timeline, you can even loop and blend two different animations together, such as slowly mixing a walk cycle into a run cycle.

Yes. If you work with Cinema 4D, then you are already familiar with the usefulness of effectors. New to DUIK, an Effector lets you control properties based on the location of a layer.

The new Walk Cycle Tool builds out simple walk cycles procedurally. Now you can have an easy way to get started with walk cycle animations, with a single click. The tool lets you adjust parameters that will affect the walk, such as character height and weight along with individual settings down to the limbs. The walk cycle tool is going to be a huge timesaver.

File this feature under “things that matter to animators.” “The camera has to be considered as one of the characters in the animation, and its motion has to be as detailed as the animation of the characters the spectator can see in the image” Dufresne notes. This is why DUIK comes with new framing guides that can range from various aspect ratios, thirds, and the golden spiral. The camera guides feature indeed shows the attention to detail that is throughout and solidifies what a gem DUIK 16 is.

Import from Krita Animation or StoryBoarder.

DUIK Bassel includes tools to help you import and export assets to and from other packages, such as animation from the free and open source Krita, TVPaint, or Audition. Also new is an import routine that lets you Import storyboards and creates animatic from Wonder Unit’s Storyboarder.

DUIK Bassel is unbelievable in a lot of ways. It is available right now from RainBox, and amazingly it is still free.

When it comes to After Effects DUIK is the shining beacon on the hill, and is the difference between building a supporting community, rather than the transactional ecosystem that plagues the future of the industry.

Visit the changelog to learn more about all the new features in DUIK 16, or download a copy here. 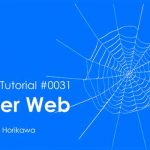 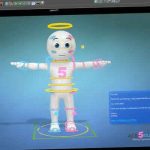