Ed Brown Shows How to Explode Voronoi Fracture Objects Like a Boss in Cinema 4D.

Looking to explode Voronoi fracture Objects? Once you have objects fractured using C4D’s handy Voronoi Fracture toolset, how about animating them? There are a few ways that you can approach animating an explosion, breaking apart objects in C4D. In his most recent tutorial, Ed Brown shows some methods and explores some ways to explode Moroni fracture objects.

Ed shares two techniques: One that uses Mograph Effectors as the force that blows apart the fractured shapes. The other uses the xpExplode modifier, which is a feature of Insydium’s X-Particles. Either way, you can learn how to trigger dynamics tags that are on multiple clones with Xpresso. Also covered are some tips on how you can art direct the paths of the fragments as they blast away.

Get the project files  Gumroad. These all feature a simple sphere busting apart, but they are simple to replace with your objects. 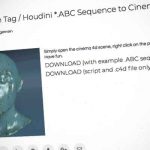 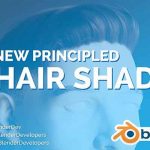 How to Pre-Fracture Geometry for Sims in C4D

How Nidia Dias Made Her “Face Exploration” Series With C4D