Automatically Save a Snapshot of Your C4D Scene on Render

AJ Haines New Freebie Saves a Snapshot of Your C4D Scene Files at Render Time Along With Your Image.

Have you ever opened an old project and found the scene doesn’t match the rendered output? Production and short timelines can ruin best intentions for staying organized. If you work in Cinema 4D, AJ Hains new free script can help. Save At Render Script offers an easy way to save a snapshot of your scene files at render time, along with your final rendered image. The script will ensure that you always have access to the scene that you used to make that output.

“I find this so useful that I remapped the render hotkey to this script, then I get a copy of my scene without ever having to think about or do anything extra! ” AJ says about his script. AJ also puts the question “How many times have you gone back to a render looking just to make a small tweak, but maybe you’ve gotten far in your project to remember when your scene was at that state.” Answer? Often!

Check out the Save at Render Scripts here, along with some of his other tools. 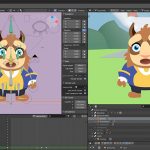 Explore Blender GreasePencil With This Free Character... Previous
How to Work With V-Ray MultiMatte Elements Next 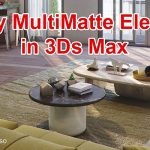 Dock the C4D Display Filter With This Freebie Script

Change the Color of Xpresso Nodes in C4D