How to Create a 3D Multi-Layered Pie Chart in Ae

Najib Khayati Creates a Multilayer Pie Chart in After Effects Without USing Any 3rd Party Plugins.

Noble Kreative adds another installment into the motion graphics series with a look at creating information graphics with After Effects, explicitly creating a multilayer pie chart. Adobe has put a lot of work putting in data-driven features into After Effects the last few releases. Users are opting to create animations using live data collected from a variety of data sources, that can drive the animations in a composition. Live-data workflows include working with input formats such as JSON, MGJSON, CVS, and TSV.

This Noble Kreative tutorial doesn’t go that far, but if you want to learn more about using live-data with After Effects, Ukramedia is currently covering that. What Noble Kreative’s tutorial does cover is linking the graphics animations with the values using expressions to change the numbers as the elements animate. It’s a great introduction showing how to add some nice subtleties to chart animations. 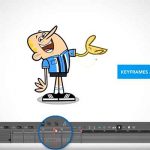 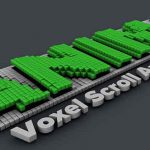 Animate a Multi-Line Chart With After Effects

Create a Dynamic Line Graph Effect in After Effects