How to Use C4D’s Correction Deformer to Fix Rig Issues

A lot goes into creating character rigs for animation. There are some standard rig features that animators will expect, but it’s nearly impossible to anticipate every situation the rig will encounter. It’s the outlier situations that need a working solution to fix rig issues on the fly. One of those solutions is to use pose space deformations, and in Cinema 4D that is the job of the Correction Deformer.

Ace5 Studio’s Aleksey Voznesenski demonstrates how useful the Correction Deformer is in C4D with a character rig. The deformer lets you sculpt and pose fixes on top of the character without wrecking anything in the rigging.

Another excellent example of this deformer in use is using it to flex muscles automtically. CyBear shows how to flex a bicep muscle using C4D’s correction deformer. 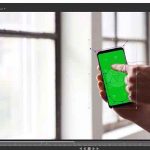 Getting Started With Tracking Basics in Mocha 2019 Previous
How to Get Better Viewport Performance While Editing... Next 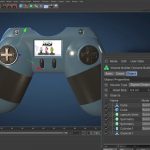 How to Make Material Selections on Primitives in C4D

Using the Correction Deformer to Flex a Muscle in C4D

Use the Correction Deformer to Access Polygons in a Cloner Group