How to Embed Project Info Into a Script Using ExtendScript

NT Productions shows how to embed project information and other data into a single script using ExtendScript.

NT Productions’ Nathan Lovell covers a lot of scripting tips and tricks when working at creating scripts for After Effects. One such tutorial shows how you can embed project data, scripts and other things all within one Ae script. As an example, running some code in After Effects will set up project settings, layers, and other elements to recreate a project from scratch.

“Having to deal with or install external files can be a pain,” Lovell mentions. “so why not embed scripts and other data inside one script?” Adobe ExtendScript is a development tool for JavaScript that gets included with the Adobe CC suite. It’s a version of the ECMAScript standard, so it’s very similar to JavaScript and ActionScript. 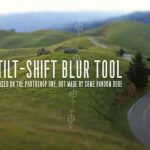 Check Out this Free Tilt-Shift Tool for Ae Previous
Feathers in Houdini, from Model to Groom to Render Next 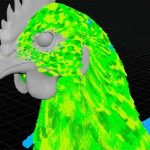