A new force asset for Houdini makes it simple to animate forces on objects and volumes.

A new LYNX tool from 3D Generalist and Pipeline TD Luca Scheller is a general purpose force field. LYNX Force General works on geometry and volumes(aka fields in the dop context) with built-in masking ability. If you have tried to work with forces in Houdini DOPs, you probably struggled – Especially if you are coming from other simulation software. That is why Luca Scheller made the general force asset. “There are a lot of nodes (pop wind, pop force, gravity, wind, uniform force,…) that seem to do the same thing with slight differences,” notes Scheller.

With so much going on, it is challenging to stay on top of it all. “On top of that some of those go after the solver, some into the pre/post-solve inputs and some only work with points, others with volumes,” Scheller says. “Simply masking a force to a certain area is quite the hassle of adding multiple nodes and controlling the mask transform/shape is usually not done in the dop context.” LYNX Force General solves these issues.

Scheller tried to eliminate all those problems and to have enough user control for customization. Visit Luca Scheller’s site to download and learn more. 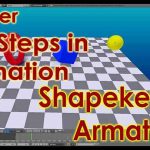 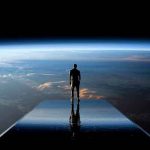