How to Rig a Character in Toon Boom With Deformers

This tutorial is an interesting one. Meghdad Asadi typically authors character rigging tutorials with After Effects tools, but in this case, he is using Toon Boom Harmony. It’s neat to see the differences with the various animation packages, and how each handles things like rigging workflows.

Watch Asadi as he covers the basics for how to set up a 2D character in Harmony. Toon Boom pretty much standard in the industry (next to some other of course) for animation production. It costs more than Adobe After Effects, but you can easily see that it is also much more powerful with pipeline features that After Effects misses.

Asadi uses a character designed in Illustrator, but the concept of the deformers and hierarchies is the same. 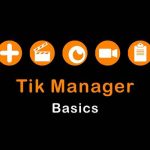 Tik is a Free Scene Manager for Maya, Nuke, and Houdini Previous
How to use Volume Builder Intersect for Perfectly Round... Next 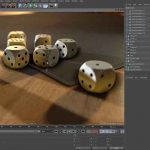 Have a Look at What Rigging in Harmony Looks Like