Aura is a re-imagination of the classic Radio Waves plugin in After Effects.

We already know Rowbyte from the next-level particle plugin for After Effects that launched a visual style amongst motion designers, called Plexus. Now a new plugin offers a reimagined look into the classic radio waves plugin for Adobe After Effects. The new plugin, called Aura, is kind of like a procedural particle system, only it creates vector shapes that change over time rather than particles and points.

Aura is a procedural tool for After Effects that can create 3D geometric shapes that animate over time. It can render many high-frequency waves to create visually stunning images.

Radio waves is a plugin regionally designed by Brian Maffit, (and others). “Despite its limitations and deceptively simple UI, you can create very complex, highly organic animations.” Aura differs from the old radio waves plugin by working in 3D space, and is camera aware, and works with better performance and at a higher color depth. Aura addresses the old Radiowaves limitations and while adding some modern features like Turbulent Noise, Render Modes, Multiple Producers, Depth of Field, etc., without losing its simplicity.

Aura is $79 but is at a special introductory price of $49 right now. Learn more about the plugin here. 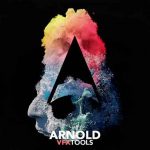 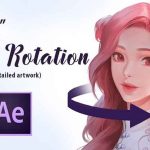