How to Build a Fake 3D Head Turn With Moho

Jeff Holland shows how to create a fake 3D head turn for a lego character using the tools in Moho Pro.

One of the critical elements that animators need in a 2D rig is to animate a head turn. If you work in 3D with 3D objects, this isn’t an issue, but in the 2D works, you necessarily have to fake a head turn. There are a few ways of doing this, but if you are working with a block-style character, check out this new tutorial from Jeff Holland. “Basically, in this video, I’ll teach you how to make parts of the face rotate and orbit around a still, flat head shape image!” Holland says. Working with a block-shaped lego head, Holland shows how to create a fake 3D head turn.

“This will work for any character whose head is the same shape when it is turned so think, Southpark, Bender from futurama or in this case Lego characters,” Holland mentions. In the system shown, once set up, newly added layers automatically will move in the correct layer space without having to move the layer orders. The tutorial also covers making switch layers in Moho Pro using grouped masked layers. That sounds like a lot, but it’s just an easy way to create mouth shapes quick when masking is involved. 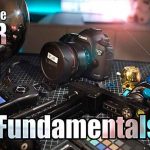 How to Capture Your Own HDR Previous
Catastrophe Next 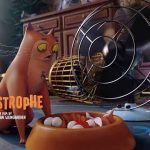 How to Use the Curve Profile Tool in Moho