An Introduction to the C4D Mixamo Control Rig

Orestis Konstantinidis walks through how to use the new Mixamo control rig in C4D R21.

Added in Maxon Cinema 4D R21 is a new control rig intended so users can get up and running quickly using stock motion from Adobe Mixamo. Orestis Konstantinidis offers a new short walkthrough into this feature showing how to use Mixamo in R21. Mixamo is a tool (Adobe Fuse) and a motion library, that lets anyone work with animated 3D characters. Mixamo lets people rapidly create, rig and animate, without having to know a lot of 3D technical stuff.

New in R21 is a control rig that offers a fast and customizable way for anyone to animate characters. The Control Rig gives R21 users the ability to adjust Mixamo animations imported into Cinema 4D for a flexible and powerful workflow. Orestis shows how it all works within R21 and offers some tips for passing weights from one rig to the other. 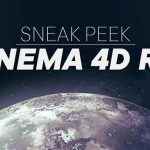 A Sneak Look Into C4D R21 Previous
What Makes Blender 2.8 Such a Huge Deal? Next 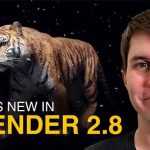 An Easy Way to Apply Labels With Octane & C4D

How to Create In-Camera DOF With Sketch and Toon