What Makes Blender 2.8 Such a Huge Deal?

Blender Guru walks through some of the milestone features for Blender 2.8 and why it is such a big deal.

The buzz behind Blender lately is incredible. Blender 2.8 was in Beta for a while but recently released to the world. But what makes Blender 2.8 such a big deal? Blender Guru’s Andrew Price offers some context along with some insights into some of Blender’s most significant improvements and features.

What looks like a minor release on the surface, is most definitely not. The team chose a point release instead of making it Blender 3, but realistically there are so many features and changes, it could easily be blender 3. Blender looks and feels like an entirely new piece of software featuring a new interface, viewport, realtime renderer, and more. Price runs through his six reasons why Blender 2.8 is such a game-changer for Blender users and the 3D world overall. 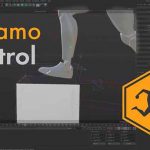 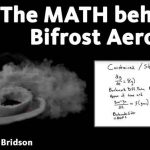 How to Create Animated Real-time Dynamic Snow Effects in Blender