Contrafibbularities shows some techniques for modeling to scale in C4D.

When someone opens up a 3D app and starts modeling without considering the scale, it’s always a problem.

Why Scale is so Important

In 3D, the scale can govern more than just the physical size of an object. It is the base at which things like light transport, physics and dynamics, and even texture is reliant.

Working With Scale in C4D

Wolfgang Rode, is a 3D hobbyist. He usually works with Maxon Cinema 4D, using it mostly for hard-surface and SDS modeling. Rode shares a lot of his knowledge recording free video tutorials on modeling in C4D and now MOI3D. 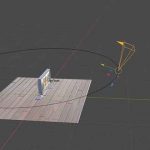 Blender for C4D Artists: How to Animate Cameras on Splines Previous
Watch Scott Jonsson and His Character Process in Ae Next 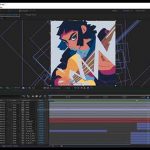 How to Create Stylized Impact Smoke in C4D

How to Sync Keyframe Pro and Cinema 4D

How to Build and Animate Pipes Procedurally in C4D

How to Rotate Around Any Point, Edge, or Polygon in C4D