How to Create a Plexus Effect in Blender With Animation Nodes

Blue Fox Creation shows how to use Animation Nodes to create a plexus effect in Blender.

By definition, Plexus is a network, or any complex structure containing an intricate system of parts. Since the release of the Plexus plugin for After Effects, the term gets thrown around a lot in 3D and motion graphics. You don’t need a plugin to create a plexus-style effect in other applications. Take, for example, this tutorial from Blue Fox Creation’s Hari Sreedhar that shows how you can use animation nodes in Blender to get that look.

The tutorial uses Blender 2.8+ and animation Nodes to set up a network that can place a comprehensive network of lines on any model. Sreedhar tends to focus on creating generative art like this, and it’s possible to support his efforts and tutorials by becoming a Patron. 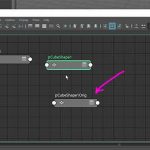 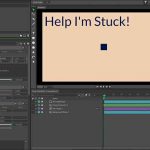 How to Add Cloth Details With Blender’s Cloth Brush

How to Use Weighted Normals in Blender for Modeling