This Script Builds Fibonacci Squares in After Effects

NT Productions shows how to create a script that builds a spiraling placement of Fibonacci Squares in After Effects.

Scripting always seems like one of those things that either you are all-in or dabble. If you are one of those dabblers, you might find it difficult to find real-world applications for scripting in After Effects. With his latest tutorial, NT Production’s Nathan Lovell walks us through some real-world examples that he’s worked on. “This will give you an idea of what kind of work you can look for when scripting.”

Lovell also shows how to create a script that creates arranged Squares using the Fibonacci sequence of numbers in Adobe After Effects. The script will use Fibonacci numbers to place and size squares in a spiral and adds a unique color for each of them.

Get the Fibonacci Script

Lovell makes the script available for download, too. Check it out on his GitHub here. 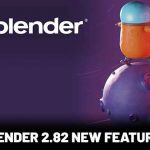 A Quick Overview of What's New in Blender 2.82 Previous
How to Create and Animate UI Design in Cinema 4D Next 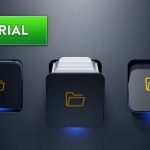