If you are getting into Arnold or need a refresher, this new tutorial from Arvid Schneider can help. Arvid’s latest tutorial covers creating more advanced shaders, this time for a simple scene containing lego brick models exported from MecaBricks.

Arvid’s latest tutorial is an extension of the refresher on Arnold’s Standard Surface. That tutorial covers concepts for working with the Standard Surface that is the foundational building block for all scenes. This new tutorial shows how to work with image map connections to create more advanced setups.

The tutorial also shows how to use a python script to automate some of the shading network setups. Exporting 3D models from MecaBricks brings models into Maya that use Phong shaders. The script converts all the Phong shaders to Arnold shaders, keeping the image file connections intact. Arvid’s Python script is available for download by his Patrons.

Arnold Ships With a Basic Conversion Script Too.

It’s important to note that Arnold already has a basic Python script included that can convert existing assets to Arnold shaders. That script is bare-bones, but it can convert Lambert, Blinn, Phong, and even Vray and Mental Ray Materials to Arnold Standard Surface. A sample convertShaders.py conversion script is available in the \scripts directory of the MtoA installation folder. 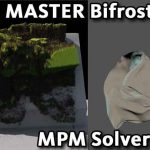 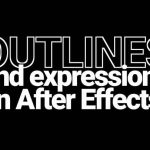 How to Transfer Arnold Shaders Between Apps

Getting Started With Arnold’s Surface Shader

Check Out What’s New in Arnold 6