How to Create Object Buffers in Redshift C4D

Luis Miranda shows how you use object buffers in Redshift.

Creating everything in a render may be madness, depending on your pipeline. Compositing is a lot of the times the best answer when it comes to 3D work. But how does one break down a scene into everything they need when working with Redshift in C4D?

This new tutorial from Luis Miranda (LC Design) shows how you can create object buffers using Redshift the same way you would for using the Physical Renderer in C4D. While there are some differences when working with a GPU rendering engine like Redshift, you can create output puzzle mattes without too much trouble.

Luis Miranda is a Denver-based motion designer who worked as a lead motion artist at the Denver Broncos for their scoreboard and website. He has worked with studios such as the Mill, Spillt, Legwork as well as motion designer, Beeple. 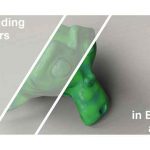 How to use View Layers in Blender 2.8 Previous
How to Emit Sticky Vellum Balls in Houdini Next 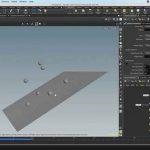 How to Create Jelly Motion With Cinema 4D Particles

How to Create a Displacement Effect in Cinema 4D

How to Create a Transition With Pose Morph and Fields

An Easy Fix for Those Black Material Previews in Redshift