How to Easily Align a Motion Tracker Solve in C4D

Jonas Pilz shows an effortless way to align your scene from the C4D motion Tracker.

Likely everyone’s first attempt at motion tracking (especially 3D tracking) works for the most part other than that the scene is oriented weirdly. It’s not just a Cinema 4D thing; it’s a thing in any tracking kit.

With this quick tip tutorial, Maxon’s Jonas Pilz shows how you can easily align a solve that is coming in from the Tracker in Cinema 4D. The tutorial covers how to use Position, Planar, and Vector Constraints to define the scene origin, ground plane, and X-axis, and how to scale the solve properly. 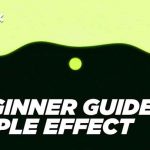 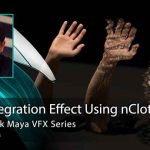 An Easy Way to Combine Cylindrical Objects in C4D

The Ultimate Guide to Making Realistic Skin With C4D, Octane