The new connection makes the lighting tools used in production by firms like Porsche, Sony and Framestore available to Blender users for the first time. HDR Light Studio enables artists to create custom HDRI-based set-ups that mimic real-world lighting without the need to place 3D lights by hand, through time-saving features like LightPaint, which lets users position highlights on a model simply by clicking on its surface.

“I found HDR Light Studio a long time ago, and always wanted to use it for my Blender projects,” says automotive artist Daniel Vesterbaek, who recently adopted the new connection in his work. “Lighting used to feel cumbersome, and there was a lot of guesswork involved in how reflections would look. HDR Light Studio enables me to generate high-quality lighting more intuitively.”

With over 10 million downloads last year, Blender is one of the world’s most widely used 3D applications. The software receives over $1 million each year in development funding, with corporate sponsors including NVIDIA, AMD, Intel, Microsoft and Epic Games. Since 2019’s milestone 2.80 update, which overhauled the user interface and introduced powerful new features like the EEVEE real-time render engine, Blender has been adopted in production by firms including Ubisoft Animation Studio, and is increasingly being used in automotive and product visualization.

“We are very excited to launch this new Add-on linking HDR Light Studio with Blender,” said Lightmap CEO and 3D product designer Mark Segasby. “With the significant recent investment in Blender development, many of our existing customers are now looking to use it in their professional work. The new Blender connection for HDR Light Studio enables them to continue using the lighting tools they rely on in production in their chosen 3D software.”

About Lightmap and HDR Light Studio

Founded by 3D product designer Mark Segasby and his brother-in-law, game developer Simon C. Smith, Lightmap created HDR Light Studio to address artists’ needs for real-time lighting tools. Since its release in 2009, the software has been adopted by users ranging from individual 3D artists to automotive and product manufacturers like Porsche and Sony and visual effects studios like Framestore, and is supported by live links to 14 major DCC, CAD and visualization applications.

For more information about Lightmap’s ongoing mission to provide the most advanced software on the market for authoring HDRI-based lighting set-ups, visit lightmap.co.uk. 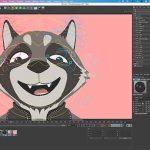 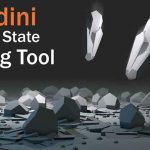 How to Pump Up Your Auto Renders Using HDR Light Studio

What a Maya and HDR Light Studio Workflow Looks Like

Check Out What’s New With The Latest HDR Light Studio