If you are looking for a more advanced depth of field tool for Adobe After Effects, look no further than DOF Pro. Richard Rosenman’s lens effects plugin offers astounding DOF effects along with unprecedented control.

DOF Pro is the undisputed leader in the photorealistic depth of field effects for Adobe Photoshop, is now available for Adobe After Effects.

Backed by over a decade of research and development since its first release in 2005, DOF PRO has become the industry’s professional choice for an unparalleled and sophisticated depth of field effects quickly and efficiently as a post-process. DOF PRO’s state-of-the-art feature set provides innovative and cutting-edge technology not available elsewhere, resulting in one of the most powerful and advanced depth of field processors in the industry.

DOF PRO is available for both Windows and Mac. For a detailed feature list, documentation, tutorials, galleries, and a 100% free demo, please visit http://richardrosenman.com/shop/dof-pro-ae/

Richard Rosenman Advertising & Design develops advanced Photoshop plugins, After Effects plugins, and stock footage for 3D artists, designers, and photographers. With over a decade in computer graphics software development, the powerful line of commercial plugins has become part of the must-have arsenal for creatively-driven professionals and production studios worldwide.

The stock footage, presets, and photographic overlay collections have become equally popular, many of which work hand-in-hand with existing plugins. If you demand only the very best in sophisticated software with an emphasis on photorealistic results, be sure to check out the ever-expanding product lines in the shop. 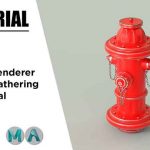 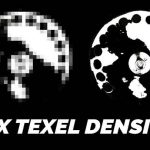 Wander is the Ultimate Asset Search for After Effects