Oliver Randorff walks us through making a 3D particle explosion in After Effects, pretty much manually.

A new tutorial from Motion Designer Oliver Randorff shows how you can create what looks like a 3D particle explosion; only the technique doesn’t use particles nor 3D elements. Instead, Randorff uses a 2D animated sequence in Ae PreComps to create one manually.

The tutorial covers setting up the After Effects project and how to create the controls for building the particle explosion that isn’t. While you need to start with 3D to get the image sequence, that’s not the only way to make one. Randorff uses a pre-rendered stock sequence. Alternatively, this would work with a photographic-based sequence too.

Randorff is a motion designer based in Denmark, specializing in animation with eight years of experience. Driven by great animation and carefully adjusted keyframes, Oliver strives for beautiful motion and even better stories. 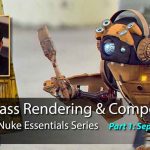 Multipass Rendering and Compositing Techniques with Nuke Previous
How to Combine Physics Now! With 3D in After Effects Next 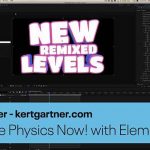