After Effects has had the Rotobrush tool for a long while now, and recently we’ve had an update to Rotobrush that sees speed increases while also offering better tracking. New in DaVinci Resolve 17 is a Magic Mask feature that works like Ae’s old standby, just faster and much more flexible.

The new auto-rotoscoping feature works on DaVinci Neural Engine and exists to assists with targeted color grading rather than Ae’s more general use of selection and visual effects. Magic Mask has specific controls you can set based on what you want masked. It has a setting for quickly selecting an entire person or particular features such as the face, legs, clothing, or arms.

Amazingly, selecting clothing will automatically create masks for clothes but leaves out things like the hands and face. Similarly, using the face setting only and instantly selects faces.

Ae’s latest incarnation of Rotobrush is nearly as fast as Resolve’s new Ai-based masking tool. Resolve excels in creating selections and in the fact that you can still scrub the timeline without having to wait for a “freeze” as you do in After Effects. Also, having specific selection types that help guide the Ai really helps. 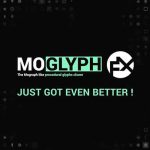 MoglyphFX 3 Adds a New Cloner Type, Effectors, and Effects Previous
How to Create Line Waves With Expressions and Displacements... Next 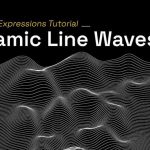