How to Combine Xpresso and IK for Mechanical Animation

Julian Field works with a combination of IK and Xpresso to create mechanical animation of a plow.

Mechanical setups end up being a weird mix of some character rigging tricks alongside some constraints and scripting setups. With Cinema 4D, this could mean using Xpresso and IK and the Mograph module all within one rig for mechanical animation.

This new tutorial from the Xpresso Mechanic, Julian Field, shows how you can combine IK and a little Xpresso in C4D to replicate the mechanics of a modern plow. “We then use MoGraph to look at how we can create an entire mechanism.”

Julian Field, AKA Expresso Mechanic (3D artist/animator), and The Unknown (singer/songwriter/producer) is an independent creative spirit based in Kent, UK. Teaches Logic Pro and Cinema 4D (Xpresso) via Skype offers one-to-one tuition in your own home if you are in the UK’s Kent area. 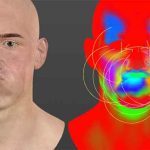 Turn C4D Point-Level Animation into Bones With This New... Previous
A Beginner's Guide to Working With HDRI Environments... Next 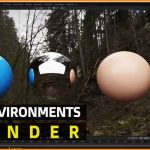 How to Take Scenes From C4D to Unreal Engine 5

How to Create Custom Pose Libraries in C4D

How to Make a Paper Coffee Cup With Cinema 4D

Creating Mechanical Linkages With Xpresso, Dynamics, and IK in C4D