Marcus Duprat shows off his home-built synthesizer and shows how Houdini can play it.

Marcus Duprat is an Effects Technical Director who ended up making a DIY modular Synth. Realizing that he couldn’t play it very well, he did the next best thing — Have Side FX Houdini play it.

“After finishing [the sysnth], I got the idea to try to play by making a sequencer in Houdini, and also some notes are played by a simple RBD simulation.”

Marcus covers how it all works with a demonstration of how a rigid body simulation can sound.

A little while ago, a toolkit from Andrew Lowell took Houdini’s geometry and simulation processing capabilities and transposed them into some things specifically designed for music.

The system uses CHOPs to import or export MIDI file data to the midi file format or directly to a MIDI port. It allows artists and composers to use powerful simulation tools and Houdini’s open node-based architecture typically used for producing photorealistic simulations and applying the same means to manipulate or generate patterns of notes. Download the HMT and learn more here.

The HMT isn’t the first time 3D and music have mixed. A while back London based Motion Design & Animation Director Simon Russell experimented with Houdini and music. Simon’s 3d/music experiments used geometry to trigger audio. 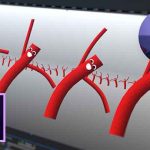 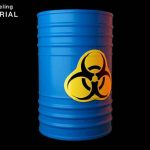 Create Music With 3D Objects and Simulations in Houdini

Tik is a Free Scene Manager for Maya, Nuke, and Houdini

Push Your Creativity in Houdini With Niels Prayer