Working With Trace Sets in the Redshift Renderer

Trace Sets is a reasonably new feature within Redshift. It allows you to have more granular control over what is reflecting and refracting in your scene at render time. Most production renderers will have a similar feature, but Redshift is the only GPU renderer with such a trait.

Espinosa Covers how Trace Sets work within Autodesk Maya and offers some practical examples for use-case and workflow. “a great feature for controlling what an object is reflecting/refracting on a per-object level with fine control over what gets reflected or refracted. This feature existed in all the other applications now but was recently added to Maya.” Espinosa says. 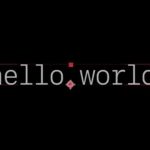 Free AE Plugin TextBorder Automatically Updates With... Previous
How to Create a Mesh from All Your FLIP Particles in... Next 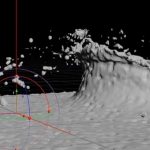 How to Create a Texture Transform in Redshift

How to Create Object Buffers in Redshift C4D

How to Create an Infinite Loop Tentacle in Cinema 4D