As with all the previous RigBox Reborn Scripts, each section is broken into its own script…

Previously, Jennifer Conley has created RigBox Reborn as her own personal tool for Rig Construction in Maya; However she is sharing the tools as they are nearing completion for release, and the Rigging Tool is the latest in this regard.

Previously, one of the additions to RigBox was RigBox Reborn General which contains commonly used features such as file options, renaming objects, and object clean up tasks.

The other was the RiBox Reborn Curves which resides commonly used rigging curve features such as creating control icons, colorizing them, creating presets and attributes, and cleaning up created controls.

In the video below, Jennifer takes a look at the Rigging Tool addition to Rigbox Reborn, in particular focusing on creation of joints, clusters, locators or other rigging elements, constraint options, and visibility options in the Rigging Tool Panel. 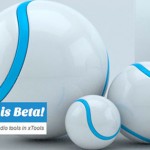