Create Simple Head Turns For your Characters in Ae

Showing that there are more than one way to do things, Henk Visser presents a method for creating head turns in After Effects for your animated characters.

In the past we have seen two methods for creating things like head turns in Ae. One method from David Legion sets a time remapped “lookup” layer in another composition that you can reference with a bit of expressions.

The other method we have seen from Daniel Gies who used a combination of methods including using Mettle’s FreeForm Pro to create a semi-3D shape that can facilitate the head turns.

But what if you don’t have the help of a third party plugin or are not so expression / script savvy? What options do you have?

Henk shows us how he approaches the character head turn by using a disc of head poses that he can then turn to display the proper head for that particular set of frames in the animation. By setting a “view window” for the heads disc you can mask out the rest of the heads to only show the correct version at the top of the character. 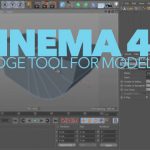 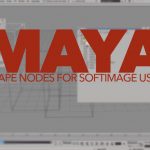