If you are a 3D-Coat user, you are accustom to beta releases on what seems like a daily basis. Wether you install them or not, it is the drive and focus of a small software company that seems to knock out some great content creation tools for artists. Just out of beta is a new point release for 3D-Coat, 4.7, which adds some really great features and additions.

Chief to the latest release, 3D-Coat now suppress GGX Lighting natively. This means that almost all of the voxel shaders are PBR compatible. GGX ensures compatibility with many of the modern game and render engines. The new PBR engine means that the old shares are disabled, and old panoramas are as well.

There were some additions tot he retopo room in 3DC, with the transform tool’s new ability to extrude faces and edges on the fly with an assigned hotkey. That will likely save on some time. Also a new timesaver, is the ability to expand and contract selections in the Retopo Room. A new Cut and Connect and Split elected makes rerouting edge flow a more rounded task.

Some new additions have been placed into3DC’s Primitives. Threaded objects like screws, nuts and bolts have been added. There are a wide range of threading, screws and bolt head patterns available.

those are just of few of the highlights for 3DC 4.7, for a more complete list of Key Features check out the release notes for What’s New in 3D-Coat 4.7. 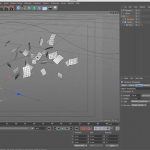 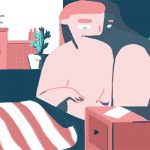 An Intro to Polygon Modeling With 3D Coat