Andrew Price has a look at optimizing cycles rendering with 18 easy to follow tips.

Rendering is an incredibly technical feat. There is a lot of nerdy stuff going on behind the scenes every time you hit the render button. Even though rendering has gotten exponentially faster over the years, it has also got more complex when physically plausible rendering came into play.

how to reduce your cycles render speeds

You can choose to just hit the render button and hope for the best in render times, or you can tweak the render settings to take back control over how long things will take.

All render engines basically work the same at their core, barring some differences. So Optimizing cycles renders will take on some common concepts. Samples, Light Bounces, Tile size, are all things that can easily be changed to get faster renders from cycles. Also using the GPU to render instead of the CPU can make a huge difference. There are also more specific things such as using portal lights or Cycles’ new denoise feature that can shave off some time as well. 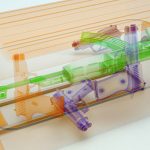 Get that X-Ray Look in C4D With Octane Previous
Ross Plaskow Shows How to Create a Walk Cycle With Rubber... Next 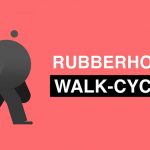