Get Started With ProRender in C4D R19

Cinema 4D R19 has hit the streets and included with it, is a new GPU renderer. Radeon ProRender is a fast, free and physically accurate rendering engine, completely integrated into C4D.

What is interesting about ProRender, is that it is hardware agnostic. You don’t need a specific brand of video card to run it. Even more interesting is that Cinema 4D has the only MacOS capable version of ProRender, as far as I know. Radeon initially supported MacOS with the Alpha version for Autodesk Maya, but since then only Windows and Linux versions have been released for any DCC connection plugins.

Interactive rendering has gained massive popularity in the last couple of years, making rendering inexpensive and faster than traditional CPU based rendering.

The renderer might be new, but the rendering quality is top-notch as its first release. With C4D R19 artists can attach a GPU Render view to any view. If you are unfamiliar with GPU rendering, you can use the render view just like any other viewport in C4D. You can have instant feedback as you select and move objects, move the camera, or change attributes on materials and lighting. 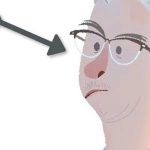 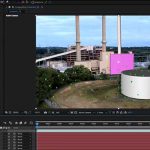 How to Get Rid of ProRender Artifacts in C4D

C4D to Get Native GPU Rendering With AMD ProRender