Graphite 9’s Brian Horgan has released a new animation tool that aims at speeding up the process for blocking in simple wave motion for rigged elements in Maya. WaveIt doesn’t create the wave animation for you. Instead, it allows you to draw from S-Curve and C-Curve based poses quickly, with the click of a button. You can then key those positions, alternating from S to C to their inverted-pose counterparts to get the base wave motion.

WaveIt is a simple premise in a small panel that looks handy when you see it in use. You can switch the UI from “compact” to “advanced” which will display a few more options. “bh_waveIt is a new animation tool for Maya which speeds up the process of blocking in simple wave motion for things like tails, capes and anything else that might need it” Horgan says.

Check out WaveIt for Maya here. 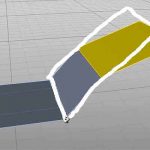 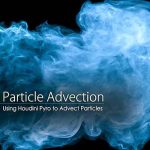 UV Toolkit Gets a New Design, Features, and Support for Maya 2022