Check Out Raf Anzovin’s Tests With His “Ephemeral” Rig

Raf Anzovin Posts Some Animation Putting His “Ephemeral” Rig to the Test.

Animator and Technical Director Raf Anzovin has been rethinking the rigging process and has come up with what he calls an ephemeral rig. One that can sit outside the node graph in Maya so that you can reconfigure the rig while animating.

A stark contrast to how character rigs work today, where you have to incorporate features into a rig, and those features become set in stone from that point on.

Raf recently posted a clip where you can see the idea of an ephemeral rig in action. “This post includes a “speed animation” test, where you can watch me animate a short clip with the system at 10x speed. I’m animating “interpolationlessly” here, so you won’t see any graph editor or channel box! Just direct control of the rig.” Raf notes.

I asked Raf to clarify his thoughts on how this method of rigging differs from the traditional.

What is an ephemeral rig?

Conventional rigging is like a machine that the animator uses, built out of a hierarchy and constraints and other connections between nodes. It works in one, previously constructed way. The problem with this is that animators don’t want to interact with a rig in just one way, they want to interact in lots of different ways.

To use the most obvious example, sometimes you want to pose a limb with IK, and sometimes with FK. The conventional rigging answer to this problem is FK/IK switching or blending, but this solution is a trap–now the animator needs to worry not just about how to pose the character, but how and when to switch, and what effect that will have on interpolation. Every new way of interacting with the rig multiplies the things the animator needs to keep track of, adding a huge overhead to the process of animation that has nothing to do with what character animation is actually about (creating emotionally compelling character performances).

The “machine” model of rigging also limits what the controls can be called on to do. You might, for instance, want IK controls to follow along with FK controls and vice versa when manipulated, so that they are always in the right place for the animator to work with. Too bad! That’s a circularity.

Ephemeral rigging solves this problem by tossing the entire concept of hierarchy-and-constraints-based rigging out the window. An ephemeral controls have no hierarchy. They have no space or FK/IK switching, because no control has any specific space it’s supposed to be in or set relationship to any other control. And the rig only exists while the animator is interacting with it–hence it’s “ephemeral.”

Instead, ephemeral rigging offers animators a set of tools or modes to interact with the rig. These tools might act like conventional FK or IK, or they might act completely differently! For instance, you can see me casually switch between FK and “backwards K” in the video. The ephemeral rig doesn’t care that this would be circular in a conventional rigging context.

It’s vastly simpler for the animator, because they only have to think about what tool to use to manipulate the rig right at this moment–the tools have no effect on interpolation (and in fact, there may or may not be any interpolation, though that’s a slightly different topic!). It’s vastly simpler for the rigger, because they don’t need to create this giant, over-complex machine that’s supposed to contain everything the animator might want to do. They only have to create the effects of a given tool.

However, Maya’s scene graph can’t be used to create an ephemeral rig. To make this prototype possible, I had to write my own rigging system that sits on top of Maya, and interacts with the scene though node callbacks. This allows me to use ephemeral interaction for the main controls, and Maya’s scene graph for secondary controls and deformation. There’s more information on exactly how this works here.

It should be noted that the concepts behind ephemeral rigging aren’t things I created from whole cloth–I’m building on the work of lots of other people, particularly Raffaele Fragapane of Cult of Rig. I think there’s a real revolution going on right now in the way people think about rigging, partly inspired by Cult of Rig, that’s sweeping away a lot of old orthodoxies.

What drove you make one?

In some ways, a great deal has changed–when I started out, IK was a new concept!–but in other ways, it has barely changed at all. CG animation is still an incredibly cumbersome process, with an enormous amount of “red tape.” All of this makes good character animation take longer than it needs to and drives up the expense and complexity of animated filmmaking.

When I’m a rigger, I want to be dealing with things on a very technical level. The ephemeral rig system was quite literally written from scratch in Python (with the exception of the matrix and quaternion math, for which I’m using Maya’s math classes). But when I’m an animator, I want to think about what the characters is feeling and how to express that through shape and movement. The very LAST thing I want to think about is how the rig works.

Is this something that will make its way into the setup machine?

The Setup Machine is an auto-rigging tool, meaning that it builds a rig out of Maya nodes. The ephemeral rig system is almost the opposite of that, not even using the Maya scene graph for its behavior. So it wouldn’t really make sense as an addition to The Setup Machine.

However, once this prototype version has been proven in production, it’s possible that it might be built into Anzovin Rig Tools. 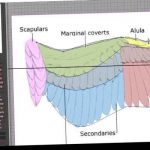 Create and Rig Wings and Feathers with this new Maya... Previous
How to Use C4D Fields for Parametric Selections Next 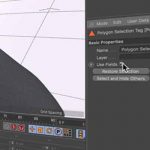 Learn How to Use the Morpheus Rig System

How To Rig a Tank in Maya