How to Create and Share Node Assets in Cinema 4D

Jonas Pilz shows how you can reuse a group in Cinema 4D by creating a node asset.

Have you ever created a node group in Cinema 4D and wished that you can package and reuse it in other scenes or share it amongst your team members? It is possible, and the feature is called Assets. Maxon’s Jonas Pilz share some insights into what these assets are and how to make them.

“In Cinema 4D’s node-based material system, every single node is a so-called asset,” Jonas says. In this Cinema 4D Quick Tip, Jonas Pilz shows you how to create and update your network sets which is a useful thing to know! 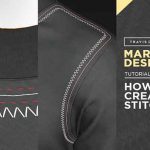 How to Get Seamless Textures using Triplanar Projection in C4D

How to Create Non-photorealistic materials in C4D Node Editor