Breaking Down the Arnold Toon Shader in C4D

Calder Moore covers the Arnold Toon Shader in Cinema 4D in this new series of tutorials.

A while back Calder Moore posted a render that tried (and succeeded) to get the style of “Akira.” He posted a network setup that explained a bit about the process, but now Calder has started a new tutorial series that will cover pretty much everything that you wanted to know about using the Arnold toon shader, starting with the first one that shows off all the attributes and settings.

“toon shaders seem to be very powerful,” Morre says “In part 1 of this tutorial series I’ll be going over all the main channels used in the toon shader for Cinema 4D and how to use them to create unique shaders.” Calder Moore is currently a Surface Artist at Atomic Cartoons in Vancouver. 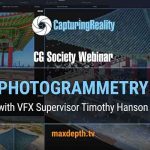 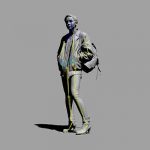