3d-io has released the Exr-IO 2.00, the free OpenEXR plugin for Adobe Photoshop.

It’s been a while since we’ve heard from 3d-io. They were responsible for creating a better, faster, and more accessible Open EXR plugin for Adobe Photoshop. Well, now there is a new release for the plugin and Exr-IO version 2 supports Cryptomatte decoding and support for other map-types like Mip and Rip. What’s more incredible is that the plugin is free.

Exr-IO 2.00 aims to be as feature complete as possible to allow users to read and write the full scope of EXR image data wherever possible and avoid situations where you can’t open a file because of missing support for a feature of the format. It also tries to preserve and recover as much data as it can to allow Photoshop to be an intermediate step in a complex production pipeline.

OpenEXR has gained massive popularity in the VFX, design, game, and image research industries due to its rich features and support for high-quality production. Exr-IO supports this approach and provides free availability and customizable options to allow the inclusion of Photoshop into as many different OpenEXR production workflows as possible. 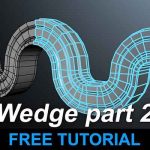 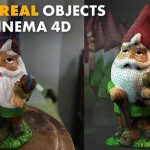 How To Make Complex Textures Seamless and Tileable

How to Quickly Create a Normal Map in Photoshop

Getting Started With Cryptomatte in Redshift