How to Get Motion Blur from TurbulenceFD and Redshift

Teddy Gage shows how to get motion blur from a TurbulenceFD sim when using Redshift.

Redshift is relatively new compared to TurbulenceFD, the longstanding fluid dynamics simulation tool for Cinema 4D. So there is no surprise that there might be some compatibility issues. One such problem encountered and solved by Teddy Gage is how to get motion blur when rending with Redshift.

Gage says “ I was working on a project the other day in Cinema and I was trying to do something I thought was relatively simple: Get motion blur out of a TFD sim in Redshift C4D.” “Turns out it wasn’t.” However, Gage did find the issue which lay with data channel conversion when encoding VDB channels. Essentially TurbulenceFD encodes VDB channel data differently than Redshift expects.

Gage explains how to get motion blur rendering from Redshift when using TFD sims on his blog. Check out the article and the steps needed to render everything as it should. 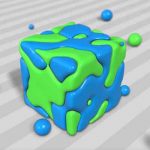 How to Use a Single Filter Layer for Multiple Volumes... Previous
4 Ways to Work With Sine Waves in Ae Next 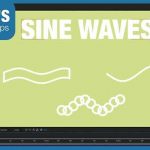 How to Create Realistic Clouds With TurbulenceFD and C4D