Discover how to harness the power of V-Ray through a series of in-depth Maya tutorials that focus on rendering an exciting television commercial featuring colorful splashes of paint.V-Ray is an Academy Award-winning production renderer used to create blockbuster movies, high-end television commercials, and everything in between.In this tutorial series, visual effects artist Rusty Hazelden breaks down a series of shots in a television commercial and reveals the techniques used to render colorful splashes of paint using V-Ray for Maya.The fluid simulations were created in Maya using the Phoenix FD plug-in and saved as Alembic cache files.Essential topics include: an in-depth look at the V-Ray frame buffer and the V-Ray render settings, adjusting lights and materials in real-time using the V-Ray IPR renderer, and a comparison of progressive and bucket rendering modes.Find out whether you should render your next V-Ray project on the GPU or CPU.Learn a wide range of lighting techniques that can be used to create a dramatic studio environment.Discover how to enhance the realism of a shot by enabling motion blur with the V-Ray Physical Camera.Advanced topics include: using the V-Ray light lister to adjust light attributes, creating render elements, and viewing them in the VFB, viewing Alembic caches using a variety of display modes, and batch rendering an animation to multichannel EXR files.Along the way, learn numerous tips for efficient rendering including how to speed up your renders by using test resolutions in the VFB, unlock the hidden IPR debug shading modes, and discover how to use the powerful V-Ray denoiser to slash render times.About RustyRusty Hazelden is a visual effects artist with a passion for movies. He makes videos on YouTube about movie visual effects techniques using Maya, RenderMan, and V-Ray.For more information about the tutorial series, check out his YouTube channel and website. 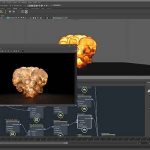 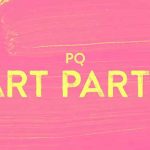 Understanding the Max-Depth Setting in V-Ray