How to Have Clones Land to Reveal a Picture in C4D

Lonnie Busch shows how to have clones land a certain way, so they reveal an image.

Xpresso master Lonnie Busch posts a new tutorial that shows how to reveal a logo or image through what appears to be the chaos of dynamic clones in Cinema 4D. The idea is that the clones land a certain way, so they create a picture at the end of the simulation.

“we’ll learn how to corral a chaotic tornado of spheres into a cohesive cylindrical shape to reveal a Logo at the end,” Busch says about the tutorial. The system relies on creating a chute system that guides the clones. That involves using the Matrix Object, the Tracer Object, the Random Effector, and the Sweep.

“Then, we’ll explore Dynamic Baking, the Fit to Region command, and a few other tricks to pull off this versatile and impressive animation technique.” 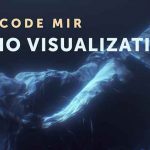 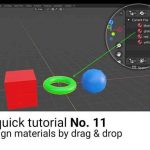 How to Create Proper Displacements With Cycles4D

How to Create a Laser Scanline Effect With C4D Octane

How to Create an Animated Voxel Effect in C4D