Seattle motion designer, Eddy Adams, spends four months on a self-portrait about fear, society, and courage. Along the way, he utilizes 18+ programs and plugins to efficiently round trip assets while modeling, unwrapping, texturing, simulating, and rendering. To follow along with his three-month journey in just three hours, check the link to see his time-lapse with commentary and to download the project file. You’re sure to learn a lot!

Adams is no stranger when it comes to sharing processes and experiences. One time he detailed his experiences in diving into freelancing.

Eddy Adams is a freelance 3D motion designer in Seattle, WA. He worked in the advertising industry for ten years as a full-time employee and has recently gone freelance to follow his artistic dreams. Now he’s diving deep into simulations and landscapes. 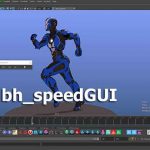 Better Control the Speed of Your Maya Scene With speedGUI Previous
Chris Cousins' "Dark Age 2.0" Next 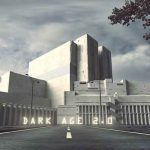 How to create a Shadow Catcher With Redshift