A Fast Way to Create a Line Art Effect in Blender

This new tutorial from Chipp Walters shows an easy way to create a line art effect in Blender, using Cycles. The technique uses a material override to make the white model effect and then Grease Pencil to create the line art.

New to Blender 2.93 is the Line Art Modifier that allows you to generate line art from 3D models. It’s a significant effect that can create a drawn look or even a blueprint effect, as Remington Markham (SouthernShotty) shows in a different tutorial.

Chipp Walters is an Industrial Designer who has created concept designs for Apple, Sony, NASA, and the HYPERLOOP. Recently, Chipp led a team to create an award-winning historical Augmented Reality product based on the Alamo for museums and education. 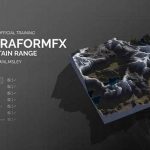 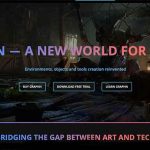 How to Make a Simulation-Free Tornado Effect in Blender

How to Make a Car Morph Animation With Geometry Nodes

How to Pack Curves Along a Surface in Blender

A Beginner’s Guide to Working with Boxcutter in Blender