Tokyo based Artist and Animator James Marijeanne has been contributing to his series that shows how to animate character sets for video games. The latest installment shows the process for animating a jump animation. The jump animation can be used with other animation cycles, such as the run cycle.

Ever wanted to learn how to animate for video games?

James shows the animation process for a couple of scenarios which include a standing jump animation and a moving one as well. James discusses considerations that need to be taken into account all of the different ways a jump animation can be featured in a game engine.

The first video in the series looked at the basics for getting an Understanding with the Video Game Animation Tree for Interactive Character Animation. Understanding the animation tree paved the way for starting with poses then, creating walks and run cycles. James also had a look at animating between cycles with animation transitions. 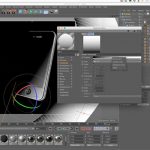 Quick Tip for Using a Reflection Bounce Card for Cinema... Previous
Excel Data For Animated Graphs & Charts With Houdini Next 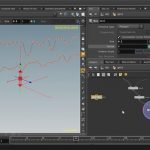 Animating a Run Cycle? Here are Some Great Tips

Animating for Video Games: The Light and Heavy Attack

Animating a Walk and Run Cycle for Video Games