Working With Cryptomatte in Redshift C4D and Fusion

Liam Clisham Shows How to Create and Work With Object Passes With Cryptomatte Using C4D, Fusion and After Effects.

Are you working with Object IDs and Compositing? Cryptomatte is a life saver when it comes to creating ID mattes. The plugin will automatically generate mattes with support for motion blur, transparency, and depth of field, using organizational information already available at render time. Psyop’s Cryptomatte has support in a lot of third-party renderers and also has plugins for Nuke and Fusion. Five31’s Liam Clisham walks through how the ID Matte process works if you are using Redshift in C4D, Fusion or After Effects.

Fusion and Nuke have similar workflows and a native CrytoMatte plugin while After Effects lags behind which comes as no surprise. If you have ever worked with After Effects and openEXR files, you know that AE still has a way to go with that workflow. Working with multichannel EXRs may not be that intuitive, as noted by a viewer comment:

Hey, Liam nice vid – FYI it’s ‘shift+click’ on the layer in the viewer in After Effects to pick the colours on the cryptomatte that you want to be a part of your matte – and you can select multiple selections with this method. You don’t need to type the object IDs in, that would be ludicrous. Unfortunately, after effects is very slow when working with crypto matte sequences and I wouldn’t recommend it on anything other than a still. I’ve spoken to the Brendan at Fnordware, and he’s gone above and beyond to create this plugin for the After Effects users (for free and Open Source!!!!) but it’s really going to be up to Adobe to get a decent EXR workflow going in After Effects down the road. 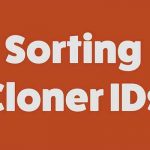 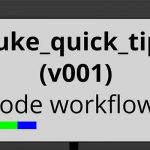