How to Render 360 VR with VRay for Maya

Carlos Alvarez Velazquez Shows the Workflow For Creating and Presenting 360 VR Images and Animation With Maya and V-Ray Next.

360 VR is permeating through to pretty much everywhere. No longer is stereoscopic 3D and device-navigated 360 videos for high-end systems with Youtube, Facebook, and Vimeo all supporting the platform. VR toolsets are popping up everywhere from Mocha to Syntheyes, Fusion and even After Effects.

If you’ve wondered how you can render 360 VR from Maya, there are a few ways, although it generally comes down to what renderer you use. If you work with Arnold or V-Ray, both of those engines can render out 360 VR — Yet that is only part of the workflow.

Carlos Alvarez Velazquez details the process in his latest tutorial that covers creating 360 panoramas and 360 virtual reality from start to finish, including the upload process to Youtube, Facebook others. The tutorial includes both monoscopic and stereoscopic renders using V-Ray Next with Autodesk Maya. 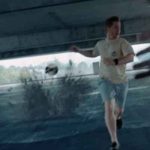 ActionVFX's New Ground Cracks and Exploding Debris Previous
Shy Filters is a Fast Simple Way to Manage Hiding in... Next 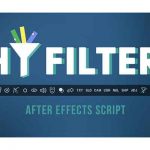 Modeling a Car Seat With Maya in VR

Adjust Your VR Paintings Colors in Maya With This UberShader