There are times when the brilliance of some industry individuals, just shines. This is true for  CG Generalist, Tim van Helsdingen, who has created a procedural modeling toolkit that can be used with the Houdini Engine.

He calls it VDBfusion, and it allows you to work with objects in a super-flexible way. If you have seen Modo’s MeshFusion and thought, “This is something that I wish all applications had”, VDBfusion can bring you that kind of functionality.

VDBfusion’s creator Tim van Helsdingen recalls that he always thought that MeshFusion was a great concept, but unfortunately only available for Modo.

Tim set about to create his own version using Side Effects Houdini, using an OpenVDB workflow with Houdini Engine.

This means that virtually anyone who can run the Houdini Engine inside their favorite DCC can easily expand their modeling tools to include a really powerful procedural modeling toolkit.

If you recall, Houdini Engine Indie recently was made free, and works within Autodesk Maya, Cinema 4D or the Unity Game Editor.

What’s more is that Tim van Helsdingen is making VDBfusion available for free on Gumroad, (donations are appreciated).

Simialr to MeshFusion on MODO, now we have it for C4D! Good work Tim https://t.co/oLamAZPvkN 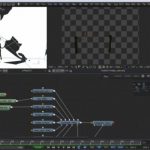 Use BlackMagic Design Fusion Camera Projections in a... Previous
MamoWorld Creates an After Effects Import We've All Been... Next 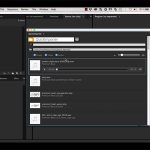 How to Create Procedural Grass Clumps in Houdini for Unity

Everything You Wanted to Know About HDAs and Engine