If You’re Not Watching Cult of Rig, You’re Missing Out

The other day I received a note from Eric Thivierge, who thought It would be good to shine some more light on Raffaele Fragapane’s Cult of Rig live streams. I agree! Raffaele Fragapane is currently a Performance Technology Supervisor at Animal Logic, with a long list of cornerstone film credits in VFX. Raffaele has started a new streaming series about character rigging. The series is focused on producing high performance and feature rich rigs from absolute scratch.

If you work as a TD, or you just want to know more about rigging, Cult of Rig is an amazing opportunity. Raffaele writes, “Everything needed will be covered on a per-need basis as we go, in a very accessible manner, with little technical know-how required to join; from mathematics to programming to how DCC software works under the hood, as well as anatomy and kinesiology (much) later on.”

The pilot season is already a few streams in, but don’t worry, if you missed them, they are still available, archived on Youtube.

Streams take place on Twitch, and announcements will be running off of Raffaele’s Twitter. 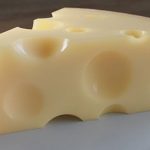 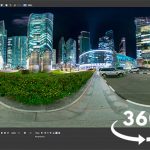